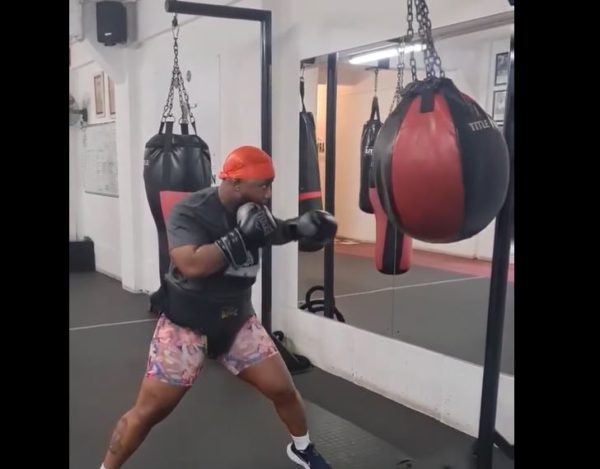 Cassper Nyovest Is Preparing Hard Ahead Of Boxing Match (Video)

Weeks ago, the rapper revealed that a celebrity boxing match has officially been approved.

Now, Cassper Nyovest gives hard punches in preparation of the highly anticipated match which would soon be announced and is expected to take place in April 2022.

Via an Instagram post, Cassper serves his rival a sample of what’s in store in the boxing ring.

“Some bag work! Getting there slowly. Fight announced soon,” he captioned video.