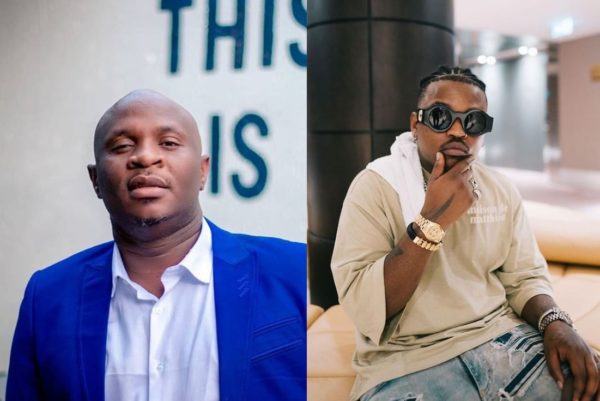 Dr Malinga To Focalisitc – “Your Attitude Is Ugly Like Your Face”

Dr Malinga raised a lot of suspicion after hauling Focalistic in the mud.

The OG who’s known to be non-toxic on social media took to Twitter on Monday evening, calling out Focalistic on his terrible disposition.

Not only did Malinga circumnavigated out the vocalist’s demeanor, he likewise described him to have an ugly face.

“FOCALISTIC YOUR ATTITUDE IS UGLY LIKE YOUR FACE. Thanks Bye,” Dr  Malinga tweeted.

We need to solve this urgently Dr must open a space and we'll invite Focalistic pic.twitter.com/SMREcrt0Pz

I can tell you wrote this tweet driving your mini bus roaming around Soshanguve Block GG seeking for stocko pic.twitter.com/bFG4rqGofm

Ur music and focalistic attitude pic.twitter.com/oxshU487qn

I don't know about his attitude coz I only know him on music videos. But ugly face? I don't think so bhuti. Try another line. pic.twitter.com/oL7oI6sQrY