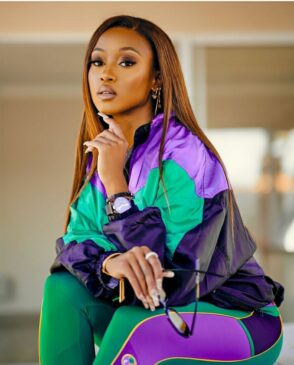 Mzansi rapper and media personality, Moozlie reportedly loses out on a big contract with Cruz Vodka.

According to a recent report by Sunday World, the talented female emcee and media personality lost out on a big contract with Cruz Vodka for going against the contract that she signed with them. This happened after the “Vatel” star posted a beer brand that she had worked with in the past.

According to a source, the terms of her contract states that she isn’t allowed to post any other alcohol brands.

However, Moozlie went against it and posted with Castle Lite which violated the agreement.

Reports further state that her management had a one-on-one meeting with Cruz Vodka but it could not be remedied.

A second source said this about her being dropped by Cruz, “she is talented and good at what she does, something bigger will definitely come for her. You win some, you lose some“.