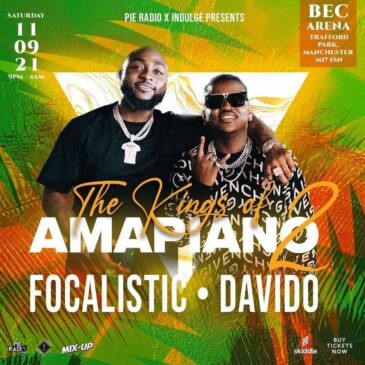 The crowd went wild when Focalistic popped up on stage in Manchester, England.

In a post to Instagram, while passing through the city, Focalistic shared his mood for his Manchester show, announcing that “the Bec Arena in Manchester was about to be lit”.

On his Instagram, in a post where they performed together, he made a shout out to Davido whom he called his brother.

Focalistic and Davido have been building their friendship and cooperative run since they worked interestingly on a hit titled “Ke Star (Remix)” with Vigro Deep. Since then the two have used every opportunity to celebrate each other.

It’s been a mutually advantageous run for Focalistic, who prior to this performance had wowed guests at a setup for the Amapiano Festival (AmaFest) live in London.