Who is Megan Thee Stallion? | FAKAZA 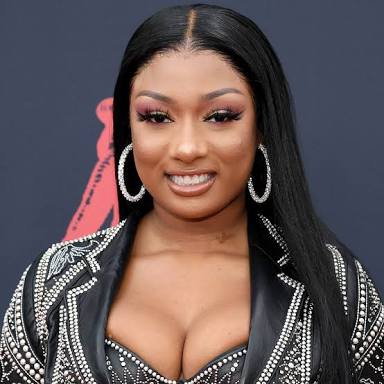 Who is Megan Thee Stallion?

Every once in awhile a rapper is catapulted to the upper tiers of stardom overnight, and Megan

Thee Stallion is the latest example of a rapid boost in popularity.

But who is this fiery female rapper everyone is talking about? She didn’t just come out of
nowhere, she fought hard for her success and earned it.

Let’s take a look at the origins of Megan and figure out how she got to where she is today!

Texas Girl from the Start

We always focus on the East and West Coast hip hop rivalries, since New York, LA and the Bay Area are so rich with talent and activity.

It’s downright irresponsible to forget the “Third Coast” culture of Houston, Texas, which is where Megan Thee Stallion grew up and first got into the rap game.
She was born Megan Jovon Ruth Pete on February 15, 1995, in a neighborhood of Houston called South Park.
For those of you wondering how old is Megan Thee Stallion, your answer is here!
According to interviews and family member accounts, the young Megan was highly musical from a young age, reciting raps as early as 7 years old.

Other rappers in the family, including her mother, were a major influence.
It wasn’t long before the young Megan was penning her own rhymes and destroying other neighborhood MC’s in cypher rap battles.
Eventually, she went onto college and created tons of viral videos that started to build her clout across the nation as a legit female rapper from Houston.

Megan pumped out songs at the beginning of her career and gained traction fast with mixtapes like Rich Ratchet and the Make it Hot EP.

Her mischievous alter ego appeared on her next EP titled Tina Snow, and featured the “Big Ole Freak” single that put her on another level of popularity.
With YouTube videos entering the million-view territory left and right, it became clear that  Meganwas destined for something big, and started to look for new management.

Having previously been signed to the independent Houston music label 1501 Certified Entertainment, Megan locked in a lucrative deal with 300 Entertainment in November of 2018.
She was the first female rapper to ever sign with this high-profile subdivision of Atlantic
Records, shattering yet another barrier.
When “Hot Girl Summer” dropped in 2019, Megan Thee Stallion was an official pop culture icon, with unparalleled popularity across streaming services and social media.
Her major-label mixtape Fever was released that year as well and included other Houston
legends like Project Pat and Juicy J. The cover of this album is responsible for the Instagram craze of the summer of 2019!

When 2020 rolled around, she released Suga, which was surrounded by controversy regarding Megan’s contract with 300 Entertainment.
The album was eventually made available and saw positive critical acclaim in addition to commercial success.
While nobody is certain on the details of Megan’s relationship with her record label, we know that the music business can be tricky and that she is handling things the right way.

READ ALSO  Cici Speaks On Her Husband, Her Life And Her Marriage

Hopefully, we’re only seeing the beginning of Megan’s stratospheric rise to fame.
She has the rap skills, the looks, and the attitude. Now we know she has the business acumen and the ability to make one viral hit after the next.
Although she may need to seek new management and yet another record label sometime, soon her talent will allow her to do pretty much whatever she wants!
There’s a solid chance that Megan may be the next biggest female rapper in the entire game.
Let’s stay tuned and find out.